Florida’s Growth is Leading The Charge

Florida is the third most populous state in the United States, with more than 20 million people. According to the US Census Bureau, Florida has the fastest-growing population. It’s no surprise that its state economy has grown to the 15th largest in the world, up from 17th, based on GDP. Florida’s economy is larger than that of Indonesia and Mexico!

This blog post will explore Florida’s leading position in the economy, population, jobs, and residential and commercial real estate growth. It will also discuss why Florida is desirable to live and do business in!

Great news! According to the recent Press Release from the Bureau of Workforce Statistics and Economic Research, Florida’s lost jobs are back in spades.

Private-sector employment has grown by 5.6 percent each year for 17 months now and is approaching its third year of growth. It’s only happened twice in Florida history during the previous 30 years.

According to the most recent statistics, Florida’s GDP expanded at a similar rate as the nation throughout much of the pandemic’s early phase, which is a testament to the state’s broad-based and diverse economy.

Florida’s GDP growth in 2020 was -0.0 percent, ranking it 35th among states, compared to the US average of -0.53 percent. In 2022, Florida is projected to have the sixth-highest economic growth rate at +four percent.

According to the recent press release from Florida’s Chamber of Commerce, “New data shows that today Florida, if it were an independent country, would be the 15th largest economy in the world. Florida overtook Indonesia and Mexico’s economies during the past year. COVID changed the world and the global economy, and the new numbers for 2020 are out, showing Florida’s growth compared to the rest of the world. While it may be temporary as other world economies are continuing to rebound from the global pandemic, Florida has moved up two slots from 17th to 15th largest global economy – if Florida were a country. This jump can be attributed to the fact that Florida’s economy has recovered more quickly than both the U.S. economy and many countries’ economies.”

Florida’s flourishing economy is moving in the correct direction, as the Florida Chamber Foundation advances the Florida 2030 Blueprint to make Florida’s economy the tenth-largest in the world by 2030.

According to the 2020 Census, Florida has 21,538,187 permanent residents. The state’s major economic development engine is population growth, which fuels employment and income growth.

As we mentioned earlier, Florida has the fastest-growing population in the country. It is also the home to many retirees, who are attracted to the state’s warm climate and ample recreation opportunities.

The state’s population growth has been fueled by domestic and international migration. In recent years, Florida has been a destination for people moving from other parts of the US and other countries. The lure of Florida’s warm climate, varied terrain, and developing economy is too great to pass up for many people.

The most populous counties in Florida are Miami-Dade County, which has nearly 2.7 million people and is ranked seventh in the nation, followed by Orange County (2.5M), Broward County (2.4M), and Hillsborough County (2.3M). The population of Los Angeles County was 9.8 million.

Personal income growth is generally seen as another important indicator of a state’s economic health. According to the National Association of State Budget Directors, personal income is expected to rise by 4%.

The Real Estate Market in Florida

Undoubtedly, the population and economic growth affected the real estate market in Florida in many positive ways, including the expansion of new developments, the increase in home prices, and the rise in rental rates.

Florida’s housing market has been one of the strongest in the nation during the past decade. The state’s population growth, combined with strong job and income growth, has fueled demand for single-family homes and multifamily units.

Florida housing market reports show that the state’s housing market is continuing to heat up, with sales of existing homes rising by double digits in May 2022 compared to a year ago because of the low-interest record rates and population growth.

The Homeownership Rate Is Extremely High

In 2022, the homeownership as more people move rate in Florida is 71.0 percent, much higher than the national average of 63.0 percent. Florida’s high homeownership rate is partly due to the large number of retirees who own their homes outright.

The demand for rental units in Florida has been rising steadily for the past few years, as the state’s population and job growth have outpaced the nation. The average rental rate in Florida is $1250, up from $1100 in 2020.

According to the latest numbers, commercial real estate in Florida is also rising. The state’s office, retail, and industrial markets see positive growth.

The office market in Florida is being driven by population and job growth and businesses relocating from other states. The vacancy rate for office space in Florida is expected to fall to 12 percent by the end of 2022, down from 13.0 percent in 2020.

The retail market in Florida is fueled by the state’s population growth and the expansion of its tourism industry. The vacancy rate for retail space in Florida is expected to fall to six percent by 2022, down from seven percent in 2020.

The industrial market in Florida is being driven by the state’s strong economy and its expanding trade and logistics industries. The vacancy rate for industrial space in Florida is expected to fall to five percent by 2022, down from six percent in 2020.

Another driver of Florida’s commercial real estate market’s strength is the tax credits that encourage firms to relocate to the region. The Qualified Target Industry Tax Refund Program (QTI) is one such program “intended to promote the creation of high-skill jobs and stimulate corporate headquarters and other targeted industries.”

QTI provides a $3,000 tax incentive for each new business created in Florida by expanding existing firms or establishing new ones. The cost based on the number of jobs required to complete the work is reimbursed at 25% (25% for each job within an Enterprise Zone or Rural County). If a business pays more than 150% of the average wage in an area, it is eligible for a $1,000 per job bonus, and if it pays more than 200%, it is entitled to a $2,000 per job incentive.

Another program under this plan is the Qualified Defense Contractors Tax Refund Program (QDC), which aims to protect and expand Florida’s high-tech workforce base, allowing businesses in the state to compete favorably against their rivals as defense contractors consolidate contracts, gain new deals, or convert to commercial production.

There’s no doubt that Florida is a great place to live, work, and raise a family. The state has a lot to offer, including a diverse economy, a growing population, and a AAA bond rating. Florida is well-positioned for continued economic growth in the years to come. 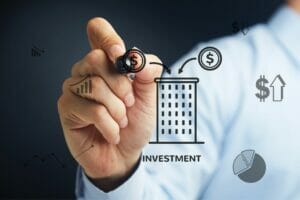 Affordable Housing Investing: What You Need to Know

Investing in affordable housing can be a great way to generate passive income. However, there are a few things you need to know before getting started. In this blog post, we will discuss the basics of affordable housing investing and… 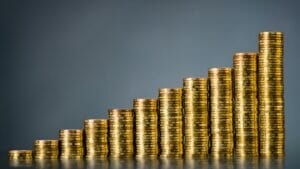 Everything You Need to Know about IRR (Internal Rate of Return) 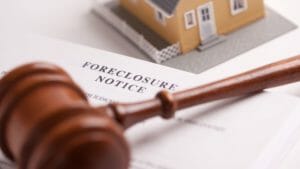 Business Foreclosure: What to Do

The term “business foreclosure” is usually associated with the foreclosure of business property, but it can also refer to the legal process of shutting down a business. If your business is facing foreclosure, it’s important to understand the process and…